Not only do you get Dr. G’s 2021 Faves, but I had to make sure I gave you a bonus list! Check out Black Future Feminist Intern Jaya as she offers her two cents for 2021!!

Another day gone, Another month passed, Another year for the books. 2021 was meant to be a year of recovery and renewal, and in many ways it was just that and in others…well I have no words to describe it. For me personally 2021 was a year of celebrations, milestones, and eye-opening experiences. So much happened that I had to put it in a post, and even when I think about all that I do remember there is still so much more that happened that I probably missed.

Alright because there is no avoiding this topic COVID-19…In 2021 we finally got vaccines and boosters…A few variants named Delta and Omicron would rock the world and really shake things up…We would have a few celebrities who all of sudden became PhD’s and MD’s over night, overshared, or did foolish things under the umbrella of corona (yep talking about you Nicki Minaj, Gal Gadot, Antonio Brown, Aaron Rodgers)…CDC shortening the quarantine time

Through this recovery and renewal we did get to see our favorite sports games in full swing with the 2020 Summer Olympics happening in July…the Milwaukee Bucks winning the NBA Championship 50 years since their last one…that UCLA vs. Gonzaga NCAA Final Four match-up…and in true fashion the induction of Kobe Bryant into the Naismith Memorial Basketball Hall of Fame

We FINALLY got that Justice League: Snyder Cut (worth every bit of the 4 hours and 2 mins)…We were blessed with Nia DaCosta’s Candyman and the fineness that is Yahya Abdul-Mateen II…I will never look at Red-Light, Green-Light the same, Thank you “Squid Game”….As I said in a previous post we saw the end of an era with the series finale of Issa Rae’s “Insecure” (THANK YOU!! THANK YOU!!) this show’s impact goes way beyond the screen…It felt good to be back in the movie theaters even if I was masked up…HBO Max’s “Succession” and “And Just Like That”…Lady Gaga and House of Gucci…The MCU came back strong on both television and film…and we also got Coming 2 America

In the music world we got some closure with Britney Spear conservatorship…a new album “Heaux Tales” from Jazmine Sullivan (we had been waiting since 2015), Thank you Jazmine!!…Questlove brought us “Summer of Soul” (a true gift that you can check out on Hulu)…Travis Scott & Astroworld… Verzuz gave us Chaka Khan/Stephanie Mills, Keith Sweat/Bobby Brown, Bone Thugs-n-Harmony and Three Six Mafia, Big Daddy Kane/KRS-One

As the title of this post reads, “Saying Goodbye to 2021” there are a few things that simply get a N’SYNC ‘Bye Bye’ and nothing more. We got to say #ByeBye to #45 and good riddance. #ByeBye to the Cuomo Brothers. #ByeBye to the Robert E. Lee statue in Richmond, VA, definitely glad I do not have to pass that anymore.

The Oh My Goodness Moments…January 6th-Capitol Attack (I remember that day so vividly)…that Meghan and Harry interview with Oprah…the partial collapse of a 12-story condominium in Surfside, Florida…Juneteenth became a federal holiday…Lil Nas X shoe saga…Amanda Gorman’s “The Hill We Climb”

Convictions were handed down to Derek Chauvin, Travis McMichael, Gregory McMichael, William “Roddie” Bryan, Kim Potter, Ghislaine Maxwell and for a few moments the families of George Floyd, Ahmaud Arbery, Daunte Wright and the numerous girls and teens were given some sort of justice.

Oh and we can’t for get the random things that elevated our lives, changed the game, and even give the side-eye. Who would have thought the air fryer would make such a huge impact. Total Game Changer!! A few smh moments like the #MilkcrateChallenge, the coin shortage, Bernie Sanders mittens, The Weeknd’s performance at Super Bowl LV, Clubhouse came and made a splash and well…and the viral video of the white woman hiding a stuffed Lynx cat in her bosom…the petition to stop interviewing Will and Jada Pinkett Smith

Celebrating Life…A Memorial…Just when I think I get over one loss, then comes another and another…2021 is no different. Before January 2021 ended we lost a gentle soul of a woman Cicely Tyson. I had just picked up her memoir and was preparing to dive in, let’s just say her presence was definitely felt as I voraciously read through each page. Tyson would only be the beginning…We would also lose some heavy hitters in the acting world my DST soror Suzzane Douglas, Christopher Plummer, Ed Asner, Micheal K. Williams (This man was just hitting his prime!! You definitely have to check out his catalog of work), Melvin Van Peebles…some HUGE icons that really hit home for me Anne Rice, Beverly Clearly (need to go pull out my Ramona Quimby & Beezus and Ramona books), archbishop Desmond Tutu, bell hooks (her work will forever live through my research), Gloria Richardson (a civil right pioneer)…music legends Mary Wilson, Biz Markie and DMX…Sports legends Hank Aaron, John Madden (I just knew he would live forever), Tommy Lasorda, Elgin Baylor, Leon Spinks…the first African American Secretary of State Colin Powell…Prince Phillip…cultural personality Larry King…and a final tribute Men’s fashion style icon Virgil Abloh…

Now personally 2021 was the year I turned 40, I got to go on a few trips in and out of the U.S. (Oh I how I miss that Dominican coffee and beautiful sunshine)…I was back in-person in the classroom…I dealt with trauma, anxiety, and depression (always a work in progress)…I made it through my first year as a tenure-track professor…I got Vaxxed and Boosted…learned a lot more about myself…continued to navigate finding that ultimate balance…and one of my proudest moments, I launched Black Future Feminist!!

2021 is just about over, but not before I share a few of my pop culture faves!! I wanted to compile a list of few of favorite shows, movies, comic books, documentaries, short films, podcasts, and soundtracks that made an impact on me in a major way this year!!

These are a few of my favorite things from 2021…Check them out below*:

*The listings are in no particular order.

Did I mention I love to read…Well I DO!! Ever since I was kid I always had a book to read. Even as I hit 40 this year, I made sure I had my share of reading done. Matter fact this year I even did a Reading Challenge (on Good Reads) where I had to read at one book a month. And as I type this post I managed to get in 15 books plus a few comic books and graphic novels. It felt good to turn the pages (old school reader) of each new book and then look up what my next read would be!!

With all that said, I figure I would keep up with my tradition from last year and compile my ‘Top 21’ books from this year, and as an extra bonus for me I even got to meet some of the authors!! Pretty cool!!

Nothing like sharing some of your faves!! As I always say, ‘sharing is caring.’

Last week of 2021, but that does not mean the trailers end here! Better yet just think of this week’s trailers as a foreshadow to what is to come in 2022!! So check them out below:

Winning Time: The Rise of the Lakers Dynasty (Streaming on HBO Max March 2022)

Doctor Strange in the Multiverse of Madness (In theaters May 6th, 2022) 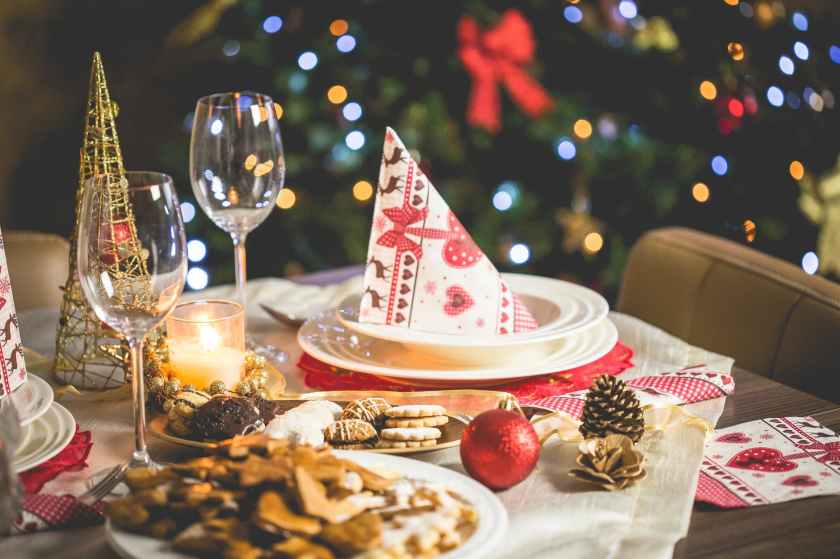 May peace, joy, and love find their way under your Christmas tree!! I pray that you are filled with the holiday spirit and enjoying time with family and friends!! 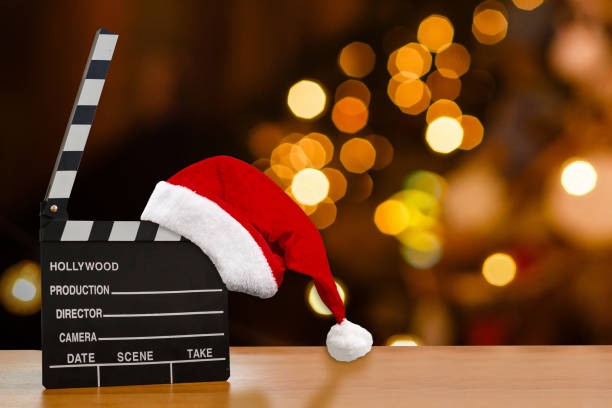 Christmas cookies (CHECK), Egg Nog or Mulled Wine (CHECK & CHECK), Firestick plugged in (CHECK), and plenty of Blankets (CHECK)!! Just a few items needed as we prepare to dive into some Holiday movies!! I figured I would share a few of my holiday favorites with you to get you in the holiday mood!! Now some of these are classics and some are just simply for a good laugh, but nonetheless channeling the holiday season!! Check them out below:

Now I know there may be some flicks that didn’t make the list, that maybe you think should, but if that was the case this list would never end!!

In addition to curling up on the couch to watch your favorite holiday movies, I will also escape to the theaters (safely of course, masked and ready). So if you are anything like my family we always have a tradition of going to see a movie on Christmas Day, just another way to get our movie fix in!! And as that day quickly approaches we still gotta figure out what it will be, but trust me we are definitely looking forward to it!!

Now you are ready to rock and ‘Holiday’ roll!

So what’s your favorite Holiday movies??

Happy Holidays Friends and Family!! Can you believe we are already in the last month of the year!! Well for this month’s recommendations I definitely incorporated some holiday cheer! As always I try to mix it up for you!!

And remember make sure you pre-order, add to your cart, support your local bookstores and remember sharing is caring!! Who says less is more, at least in this case :-)!! So without further ado check out this month’s recommendation below!!

And remember you can always go back and check out the previous month’s recommendations in the “Resource” section of the website!!

Just cause the 2021 is coming to a close does not mean the movies and tv shows stop, if anything we get more!! Got another dose of trailers for your viewing pleasure!! Enjoy and check them out below:

Everything Everywhere All At Once (In theaters March 25th, 2022)

Another week passed, another week begins, and another round of trailer alerts is headed your way!! Check them out below: